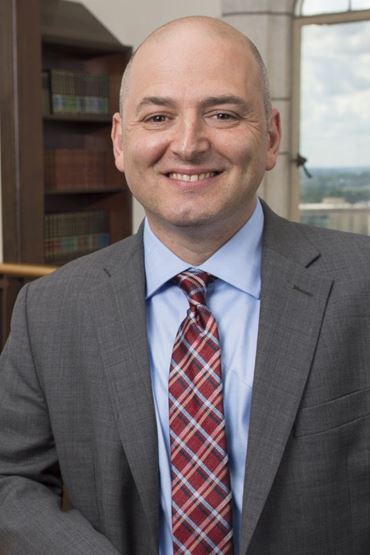 Brian A. Primack is Dean of the College of Education and Health Professions at the University of Arkansas. In this role, he guides a highly diverse unit serving over 5000 undergraduate and graduate students, 300 staff members, and 180 faculty members. The college is characterized by rigorous instruction in areas such as K-12 education, nursing, educational policy, occupational therapy, exercise science, adult and community education, counseling, and human resources and workforce development. Dr. Primack also serves as the Henry G. Hotz Endowed Chair in Educational Innovations and Professor of Public Health and Medicine.

Prior to moving to the University of Arkansas, Dr. Primack was Professor of Medicine, Pediatrics, and Clinical and Translational Science at the University of Pittsburgh School of Medicine. There, he also served as Assistant Vice Chancellor for Research on Health and Society and the Leo H. Criep Endowed Chair in Patient Care. He was also founding director of the University of Pittsburgh's multidisciplinary Center for Research on Media, Technology, and Health, which is widely regarded as the most influential center of its kind globally. The Center has over 200 publications in the past decade, over $10 millionin federal research funding, and multiple top research awards. Its findings have been published in multiple major journals in medicine, public health, and social science, and those results have been reported in news sources such as NPR, the New York Times, Cosmopolitan Magazine, US News and World Report, the BBC, and many more.

In terms of research, Dr. Primack combines his expertise in education, technology, human development, and medicine by researching both positive and negative effects of media messages on health. He is a pioneer on the use of media literacy education in preventing adolescent smoking, underage drinking, and other harmful adolescent health behaviors. He has also conducted extensive research on various forms of tobacco and nicotine use, including traditional cigarette smoking, waterpipe (“hookah”) smoking, and electronic cigarette use.

He is the recent recipient of regional, national, and international awards for research, teaching, and overall achievement, including the New Investigator of the Year by the Society of Adolescent Health and Medicine (2006), the Robert Wood Johnson Faculty Physician Scholar Award (2006-2009), the Early Career Research Award from the Society of Behavioral Medicine (2010), the University of Pittsburgh Cancer Institute Junior Faculty Scholar Award (2010), and the University of Pittsburgh Outstanding Medical Student Mentoring Award two years in a row (2013 and 2014). In 2014, he was honored to give a TEDMED talk on their main stage. In 2019, he became only the 7th person in the state of Arkansas to be elected into the American Society of Clinical Investigation, the leading organization globally for physician-scientists.