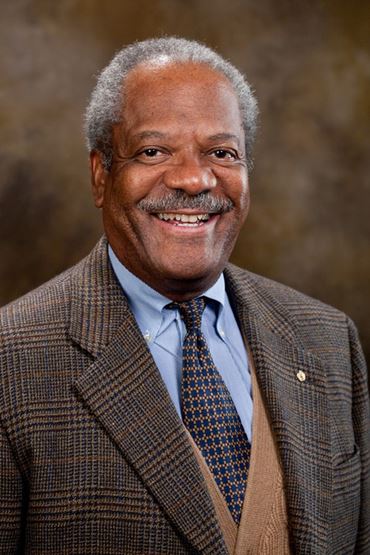 Associate professor, print journalism. B.A. in journalism, University of Arkansas, 1970; MSJ, Northwestern University, 1971. Nieman Fellow, Harvard, 1982. Jordan joined the department in 1995, from The Philadelphia Inquirer, where he was a Washington correspondent. He became an assigning editor for The Inquirer in 1989 and worked in the suburbs and on the City Desk before he was named North Zone editor, with responsibility for a two-county edition which reached about 110,000 readers. He has also worked for The Kansas City Star, and The Boston Globe. Among his other assignments have been features and sports, editorial writing and TV and radio critic.

Gerald Jordan, Associate Professor of journalism, worked 25 years for metropolitan daily newspapers before he joined the UofA faculty in 1995. His 2017 appointment as Faculty Athletics Representative (FAR) marks a return to his student journalism days when he was sports editor of the Arkansas Traveler and covered the Razorbacks. He is only the fourth UofA faculty member to serve as FAR. Chancellor Joe Steinmetz appointed Jordan to take on the responsibility to certify the eligibility of student-athletes and serve as the university’s representative to the NCAA and the Southeastern Conference.

Jordan began his career as a sports reporter for The Kansas City Star, where he covered high school, college and professional sports on beats that included the National Basketball Association and the National Football League. He subsequently wrote from the editorial board at The Star and was a TV/radio columnist there. He also wrote editorials for The Boston Globe.

Jordan moved to The Philadelphia Inquirer staff in 1983, where he was a reporter, a Washington correspondent and an assigning editor on the metro, city and suburban desks before joining the Arkansas journalism faculty in 1995. He built his teaching and newsroom knowledge base by returning to The Inquirer to work as an assigning editor for 15 summers.

He worked two summers at Arizona State University as assistant editor and managing editor on News21, a national investigative journalism project at the Walter Cronkite School.

Jordan has been recognized as an innovative teacher, developing the Digital Media Lab, a semester of five journalism courses designed to provide intensive teaching and training for students in a realistic multimedia news environment. He also is a co-founder of the Lemke Journalism Project, which has brought minority high school students interested in journalism to the university since 2001.

Jordan was the first African American to serve as president of the Arkansas Alumni Association Board of Directors, and he was the founding leader of two alumni societies – the Black Alumni Society and the Lemke Journalism Society.

He was presented the UofA’s Silas Hunt Legacy Award in 2010, and a Lifetime Achievement Award from the Northwest Arkansas Martin Luther King Jr. Planning Committee.

He was also the first faculty member to receive the university’s national award as Volunteer of the Year.

He has been honored by Associated Student Government and the Student Alumni Board as Teacher of the Year and nominated an additional three times.

Jordan was presented the Faculty Gold Medal Award in 2013 by the UofA’s State and National Awards committee.

In 2017, the American Society of News Editors and the Association of Opinion Journalists presented Jordan with the Barry Bingham Sr. Fellowship for his career-long work to increase newsroom diversity.