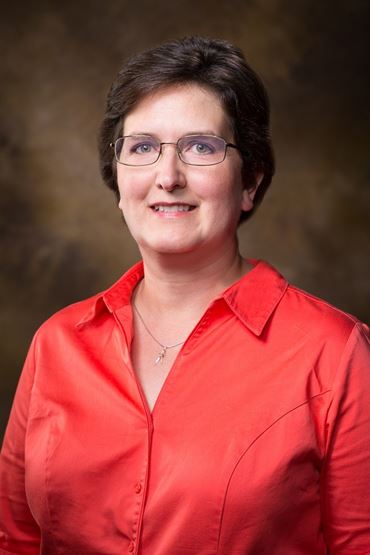 I am an Associate Professor in the Physics Department and an observational astronomer.  I am a native of Arkansas and a graduate of the University of Arkansas, B.S. Physics, 1989.  I attended graduate school at Caltech, earning my Ph.D. in 1995.  I did postdoctoral work at Ohio State University and Oxford University before coming back to the University of Arkansas as an assistant professor of Physics in 2003.  My research focuses on active galactic nuclei - their properties, evolution, and relation to their host galaxies.  In particular, I conduct surveys looking for distant quasars, study the spectral properties of active galaxies, and use properties unique to active galaxies to compute the mass of the central black holes responsible for their large energy output in order to relate this mass to the properties of their host galaxies, such as the spiral patterns in their disks.  More recently, I have begun a new project studying the outskirts of nearby galaxies, looking for possible low luminosity dwarf galaxies in their vicinities.  I also work with a student on her research studying gamma ray bursts.  I have used both ground and space based telescopes in my work, such as the Palomar 200" inch telescope in Southern California, and telescopes in Hawaii, Australia, Chile, and Arizona.  I also use data from the Hubble Space Telescope, the Spitzer Infrared Space Telescope, and GALEX, an ultraviolet telescope.

I live near campus.  My husband, Dan, is also an Associate Professor in the Physics Department.  We have 3 children and a dog and two mice.