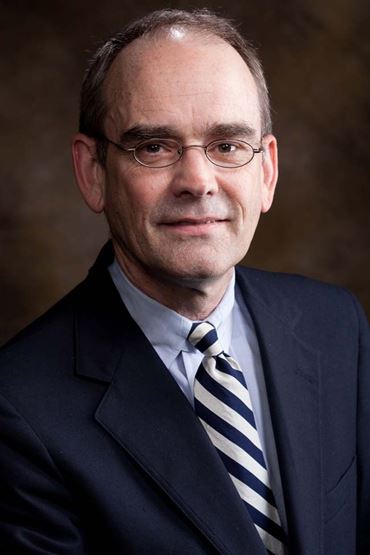 Sidney Burris received his B.A. in Classical Studies at Duke University and his Ph.D. in English at the University of Virginia. Professor Burris began his career at Arkansas in 1986. He has published books of poems, criticism, and a number of critical and personal essays, which have won several awards. He specializes in 20th-century literature and creative nonfiction. Professor Burris brought His Holiness the Dalai Lama to the University of Arkansas in May 2011, the culmination of an interest that began at Virginia, where he studied Sanskrit, and was able to see the Dalai Lama in 1979 during his first trip to America.

Along with his English classes, Professor Burris regularly offers classes in human-rights literature and in the history of non-violence. He co-teaches the history of nonviolence with Geshe Thupten Dorjee, a Tibetan monk from Drepung Loseling Monastery in South India.

In 2007, Professor Burris and Geshe Dorjee founded The TEXT Program (Tibetans in Exile Today), an oral history and study abroad project at the University of Arkansas that allows Arkansas students to travel to India and live among the Tibetan refugees, recording their stories and later archiving them at the TEXT website. The TEXT Program has been endorsed by the Dalai Lama and travels to India during the summers of odd-numbered years.