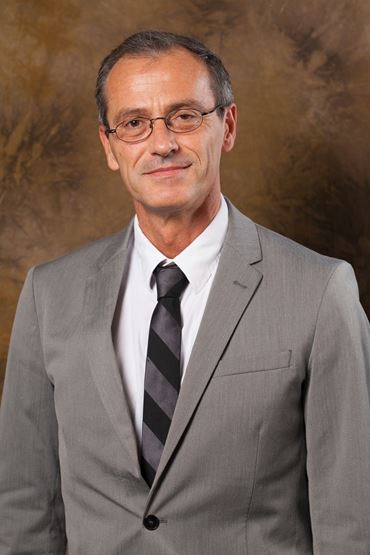 Alessandro Brogi received two Ph.D.s (from Ohio University in 1998 and from the University of Florence, Italy in 1993).  A native of Florence, Italy, Brogi has resided in the United States since 1990, but prefers to keep a dual citizenship.  Brogi’s first book, in Italian, analyzes U.S.-Italian relations in the early Cold War, and is titled L‘Italia e l‘egemonia americana nel Mediterraneo (Italy and American Hegemony in the Mediterranean) (Florence: La Nuova Italia, 1996). The book was finalist for Italy’s most renowned book prize, Acqui Storia, and a finalist for the OAH foreign book prize. His second book is titled A Question of Self-Esteem: The United States and the Cold War Choices in France and Italy, 1944-1958 (Westport, CT: Praeger, 2002), and has been featured as a prominent reconceptualization of the importance and limits of soft power in international relations. His latest book analyzes left-wing anti-Americanism in France and Italy during the Cold War, and U.S. reactions and strategies to stop the advance of communism in both countries: the title is Confronting America: The Cold War between the United States and the Communists in France and Italy (Chapel Hill, NC: University of North Carolina Press, 2011). In 2012 the book was awarded the biennial Charles Smith prize by the Southern Historical Society. Currently, Prof. Brogi is working on a book project tentatively titled The United States and Italy in the Cold War: An Interpretive History. Brogi has also published several book chapters, as well as articles on U.S.-European relations in journals including the prime Diplomatic History, Cold War History, and the Journal of Cold War Studies.