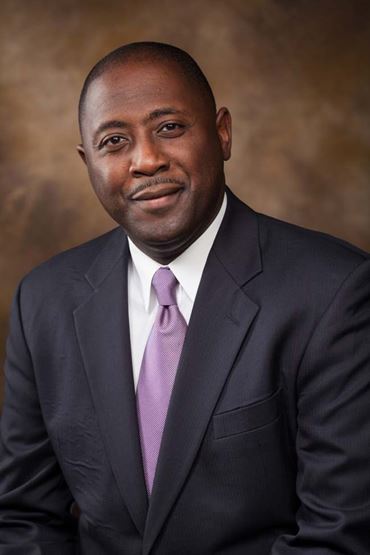 Calvin White, Jr. became an associate dean of the J. William Fulbright College of Arts and Science in July 2018.  He joined the university in 2007 as an assistant professor of History. He was promoted to associate professor in 2013.

White’s administrative experience includes tenures as chair of the Department of History and director of the African and African American Studies Program.

White served as a fellow in the SEC Academic Leadership Program and has been recognized for his commitment to his students, teaching, and diversity.

His areas of study are the U.S. South with a concentration on the African American experience and he also explores the ways that religion, music, and other cultural variables influenced the development of black identity in the Arkansas and Mississippi Delta. His book The Rise to Respectability: Race Religion and the Church of God in Christ was released in October 2012. Currently, he is working to complete a biography of Oscar Stanton De Preist, the only African American to serve in Congress from 1929-1934 which is currently under contract with Palgrave Macmillan.