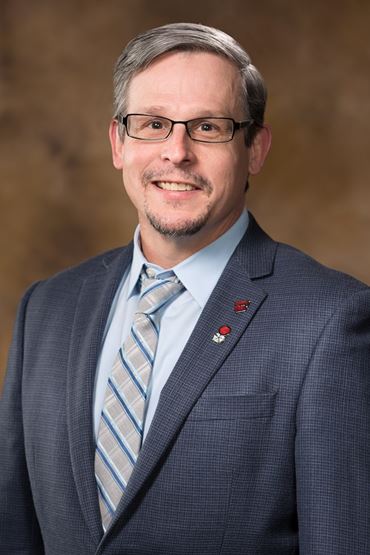 Michael J. Riha has been faculty at the University of Arkansas since 1992 and holds the position of Director of Design for the Master of Fine Arts program.  He has designed scenery, lighting, sound, and costumes (under protest only) for over 80 productions and has mentored over 75 student designers. He is also the author of “Starting Your Career as a Theatrical Designer: Insights and Advice from Leading Broadway Designers” published by Allworth Press, 2012.

He assisted Tony Award winning designer (American Idiot!), Christine Jones, on the revival of On A Clear Day You Can See Forever, starring Harry Connick Jr. on Broadway and the opera, Rigolleto, at the Metropolitan Opera. He also served as assistant designer to Steve Gilliam, resident designer for the MUNY theatre in St. Louis for 3 seasons, to Michael Anania on a production of Cinderella at the Onley Theater in Maryland, and to Steve Gilliam on the National Tour of Fiddler on the Roof starring Topal.

His designs have been featured at Hamilton College, NY, the University of Tulsa, OK, TheatreSquared in Fayetteville, AR, The Oklahoma Shakespearean Festival in Durant, OK, The Brown County Playhouse in Nashville, IN and the Subterranean Theatre Company in Los Angeles, CA.  He also continues to work outside of the theatre industry designing and painting trade show booths for such clients as Tyson Foods®, Levi®, and Coleman®.

In his free time Michael enjoys spending time with his wife Anne, his daughter Breanna, his cat Diggy, and rides anywhere on his Harley.

Michael is a member of United Scenic Artists Local 829 and a proud member of the United States Institute for Theatre Technology since 1991.