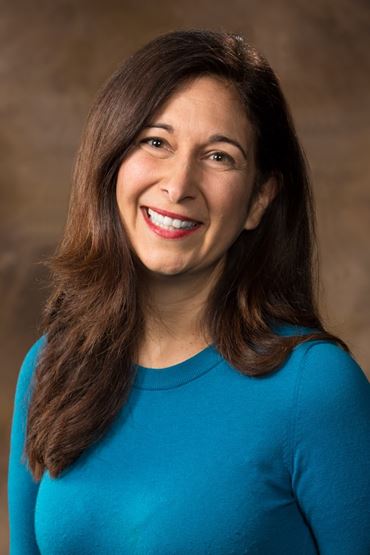 Amy Herzberg, Distinguished Professor of Theatre, is head of the BA and MFA Acting programs for the U of A's Theatre Department. She has extensive professional credits as actor, director, and musical director, and holds an MFA in Acting from Cal Arts, with additional training from American Conservatory Theatre and the Actors Center in New York.

For the university, Amy regularly teaches advanced level acting classes for both undergraduates and graduate students, with specializations in Acting Studio, Meisner Technique, Modern Styles, and Musical Theatre Performance. She has directed over 30 productions for the U of A, including most recently Assassins, Kin, 33 Variations, Up, Dirty Rotten Scoundrels, and Doubt. For fifteen years, Amy served as coach for U of A students in the Kennedy Center American College Theatre Festival Irene Ryan Acting Competition, with seven of her students selected to perform at the Kennedy Center as national finalists, and two of her students winning the national competition. Her students have performed on Broadway, off-Broadway, in national tours, and in international and regional theatres. Additional honors for her students include the KC/ACTF national best partner award, Mark Twain Comedy Performance award, National Shakespeare Theatre apprenticeship award, Hip Hop Theatre Creator award, Kennedy Center Citizen’s Artist award, KC/ACTF Distinguished Performance by an Actor, Lucille Lortel nomination for Outstanding Lead Actress, and Jeff Award for Best Performance in a Principal Role in a Musical.

Amy serves as Co-Executive Director of the National Alliance of Acting Teachers, an organization which supports acting teachers and promotes the highest standards in actor training. The Alliance programming includes the Teacher Development Program, an annual Congress, the publication of the peer-reviewed journal Parodos, workshop intensives, and round-table discussions designed to promote best practices in dealing with some of the most challenging aspects of the field. (actingteachers.org)

Honors include the Kennedy Center’s ACTF National Acting Teacher Fellowship, U of A’s Charles and Nadine Baum Teaching Award (the university’s highest teaching honor), Fulbright College Master Teacher Award, the Arkansas Arts Council Individual Artists Fellowship in Directing, and, along with her husband, the Governor’s Arts Award. She has been named in Ten Artistic People to Watch by the Northwest Arkansas Democrat Gazette and recognized as one of 25 Visionary Arkansans by the Arkansas Times.